Udaipur : As you may be well aware that since the 1960s, Udaipur has become a favoured destination for filming of movies. From DevAnand’s 1965 hit movie ‘Guide’ to 1983 James Bond film ‘Octopussy’ with Roger Moor and from Amitabh Bachahan starrer ‘KhudaGawah’ (1992) to Wes Anderson’s 2007 cult classic ‘Darjeeling Limited’.More recent films like ‘Ram Leela’ released in 2013, Salman Khan starrer ‘PremRatanDhanPayo’ released in 2015 and countless such memorable works of Cinema have captured some or the other part of this city and its beauty in their visual landscape. The exquisite locations, lakes, heritage sites and the inner city life of Udaipur offer a distinctive backdrop which is unmatched.

In an average year there are more than a dozen movies and TV serials shot in Udaipur and their filming crews spend weeks and sometimes months at a time on sets and locations in and around Udaipur. The city’s tourism industry is experiencedin hosting and facilitating the entertainment industry from location recce and film shooting to transportation andevent organising. Our hotel sector has been offering world class hospitality to the celebrities who keep arriving and leaving all year around.

Over the years, Udaipur has developed its home-grown electronic media industry and its becoming a hub of local news studios, short film and documentary making professionals. There are more than 3000 local artists, performers, filmmakers, writers, directors, radio programmers, TV anchors, news correspondents, videographers, editors, costume designers, caterers, logistics providers etc. present in Udaipur who are all part of the ecosystem but they just need to be organised.

The people of Udaipur are deeply cultural and are looking for a scintillating experience of theatre, live performances, glamour events, fashion shows and musical concerts. We usually host such events in different venues which are mostly regular auditoriums and stages not specifically built for such purpose. Having a modern high capacity auditorium and stage for theatrical productions and film screenings would be a very useful proposition. It will become the go-to-place for the public to visit and enjoy themselves.

Udaipur is increasingly becoming a hub for corporate events. Large events like, film festivals, literature fests, trade fairs and exhibitions not only attract more people, but also bring more revenue. However, Udaipur lacks a proper exhibition-cum-convention centre. We should take inspiration from our partner city of Singapore and convention centres of Gandhinagar and the one being developed in PragatiMaidan, New Delhi to build a dedicated exhibition-cum-convention centre in Udaipur as part of the Film City.In future this will become a prime venue for corporate events and destination weddings etc.

Thus, it becomes veryrelevant that we developsuch infrastructure within Udaipur so that we can attract more business from entertainment tourism and accommodate the required facilitiesfor retaining the local talent in TV, Film and Theatre by generating more employment opportunities.

We have been informed that the Government is considering a project on these lines and a land near Gogunda has been identified for the same. We would like to suggest to the Government that a Special Purpose Entity be created for this and the project be launched under Public Private Partnership. We look forward to your positive response and necessary action so that the dream of Film City in Udaipur is materialised at the earliest. 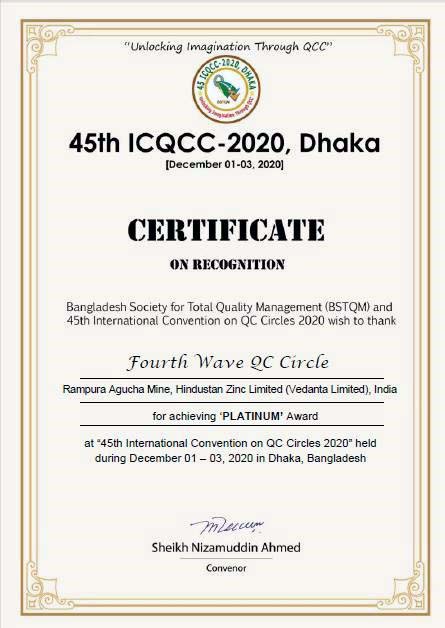