After Udaipur, Vedanta to expand its grassroots football development programme across the country

Udaipur’s first film city is being built in Alsigarh

Udaipur. The dream of city dwellers to be a film city is now coming true. The large ‘Kalakshetra’ studio in Alsigad area of Jhadol tehsil is going to be established very soon.  Apart from this, it will also become a major center for theme based royal weddings, world class events, conferences, dance shows, reality shows, record holding events, infotainment shows etc. Local artists will get an opportunity to work with renowned world-class artists and this would also benefitmany people of Udaipur new and excellent employment opportunities. This information was given by Sunil Bhatt, the founder of Kalakshetra. The founders of this film city is Mr. Sunil Bhatt and Mr. Jaswant Parmar and owners are Mr. Sahil Bhatt and Mr.Puneet Jain.

The Udaipur Film City has also tie-up with Mumbai based famous Frames Production House. Mr. Hemant Ruparel and Mr. Ranjit Thakur are the owners of Frames Production House‘Kalakshetra’founder M. Sunil Bhatt said that the natural beauty of the city of lakes nestled among the lush green hills of Aravalli has attracted tourists and filmmakers from the country and the world from years. The people of this place are going to make their film city dream come true through Kalakshetra Studio Film City.

“Kalakshetra” literally means the field of art in which a specific place is known and assimilated based on art. A center for performing arts and motion pictures will be developed here. and this will give Udaipur a recognition as a Film City on the global map. With the establishment of this studio, there will be a tourism boom in Udaipur and new employment opportunities will open.

Founder Jaswant Parmar said that the film city spread over 150 bighas is going to be built at Pipalwas, Alsigad in Jhadol tehsil of Udaipur district, which is situated at an elevation of 540 meters above sea level in a beautiful hilly terrain. Alsigad is a small village in the lap of nature, which is a fast-growing tourist area of Udaipur.  Kalakshetra Studio Filmcity will be a favorite destination for producers and directors in the coming years due to its sets and varied features. Apart, from this, serials, short films, etc. which are ready for all online platforms including web series, daily soap opera, will also get great location and exposure here. This filmcity strives to create an infrastructure that fulfills the filmmaker’s mission in every way. In addition to filming and shooting, Stage Performing Arts will also offer gigs, in-house and open-air concerts, theater workshops, events, conclaves, exhibitions and weddings.

A studio of an extensive Filmcity in one and a half bigha area is ready as Kalakshetra with 12500 sqft  soundproof AC. There are halls, (40 ft. Height), 10 deluxe rooms for living, 8 makeup rooms, ample kitchen space, canteen 1000 sqft, store room for small events, 5000 sqft terrace, small garden of around 2000 sqft etc. There is not a pillar in the Dome at the Doe of forty and a half thousand feet in height. Filmcity has enough room for any kind of development in the future. With the expansion of facilities, many films will be shot simultaneously or shooting parts of the same film in many studios. Hospital, court, temple, market and different locations will be available. On the lines of Mumbai, there will also be such sets which can also be reused. Natural hills, valleys, lakes, villages can be taken for outdoor shooting. The studio is 50 km from Maharana Pratap Airport, Dabok and 27 km from Udaipur City Railway Station. The larger idea is that Udaipur can be given a new status by developing a center for display of art and motion pictures under one roof. There will be a great effort to realize the potential of Udaipur’s picturesque beauty and establish a network between the local economy by building a relationship with the global industry of movies and television.

Frames Production House is a well-known production house in Mumbai that has promoted reality shows including several comedies with Kapil Sharma such as Idea’s Best Dancer, Super Dancer-3, Kanpur Wale Khuranaz, The Kapil Sharma Show, Dil Hai Hindustani-2, Super Dancer-2 along with famous TV artists.Mr. Hemant Ruparel and Mr. Ranjit Thakur of Frames Production House are associated with the dream project of Udaipur Film City in making it possible. Udaipur Film City will get immense recognition by the association of both the well-known industry personalities.Udaipur is a beautiful city, and a tourist destination. According to Mr. Hemant and Mr. Ranjit, there are lot of opportunities to shoot the shows and serials. This will also help the local talent in uplifting their careers and livelihood. During this, Hemant and Ranjith expressed happiness over the opening of Rajasthan’s First Film City in Udaipur.

Subsidies benefits should also be in Rajasthan :

FilmCity founders Sunil Bhatt and Jaswant Parmar demanded a variety of subsidies to FilmCity in Rajasthan as in other states. Both the founder members say that if the government supports this, then the filmmakers in Udaipur, also known as Tourist Destination in the world, can identify themselves as major shooting locations. 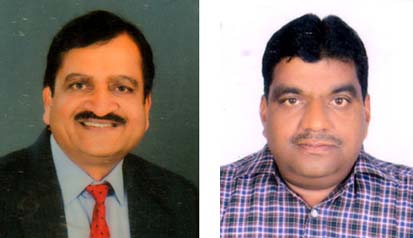 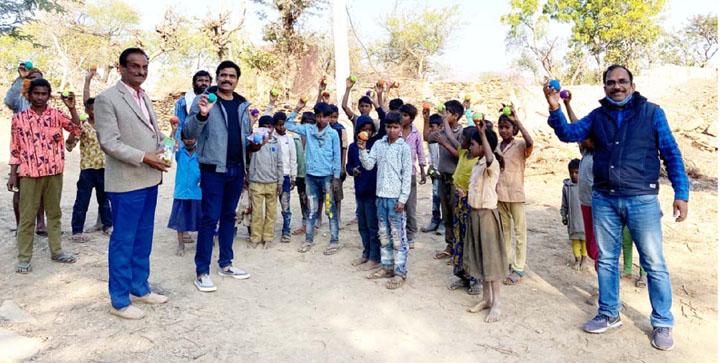